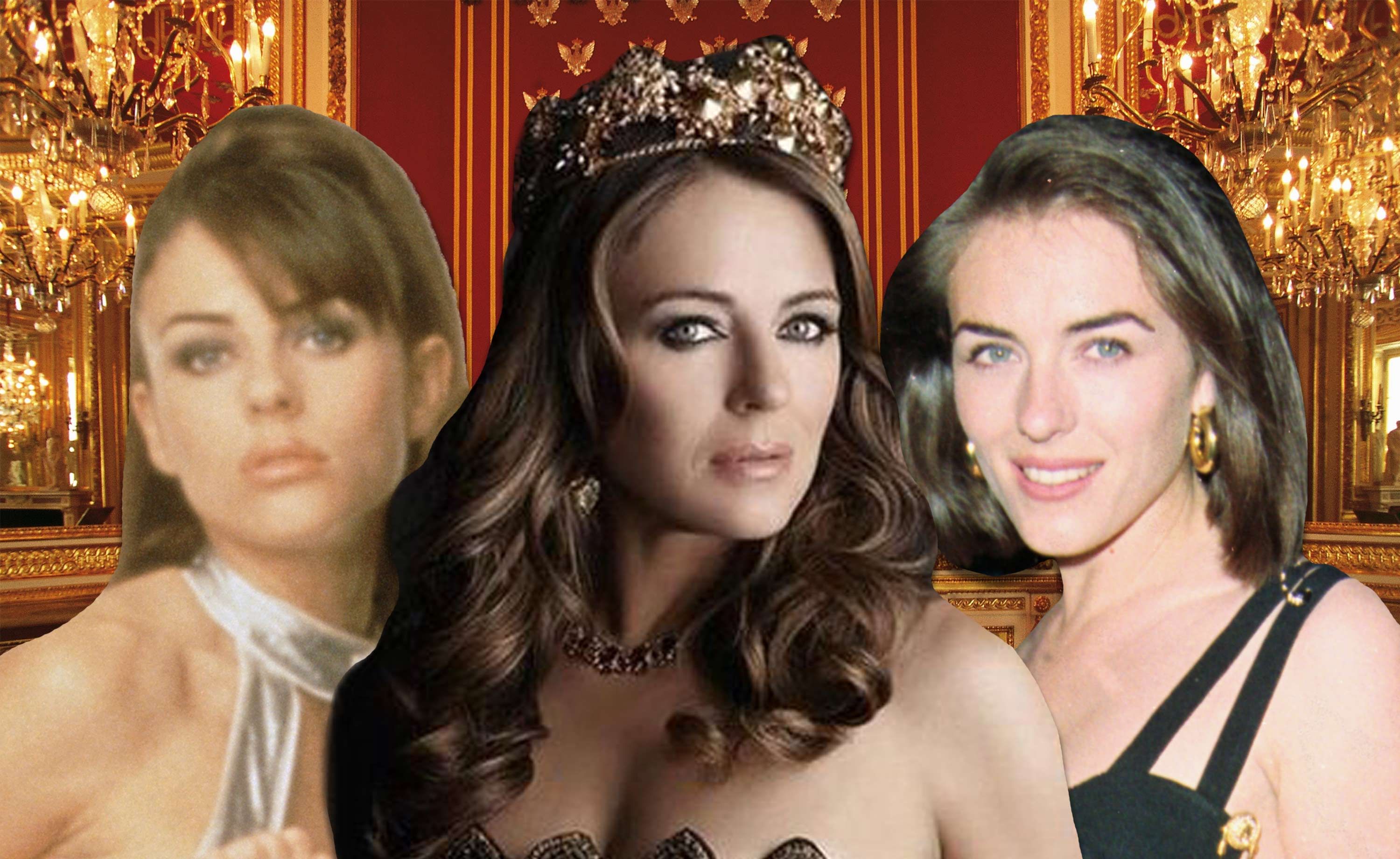 Elizabeth Hurley has recently been doing the rounds as part of her role as a global ambassador for Estée Lauder’s Breast Cancer Awareness Campaign.

But while she’s been doing interviews, it led us to think that it’s been a while since we saw her on the big screen, even though she’s had a lead role as Queen Helena in E!’s original drama The Royals, which was recently cancelled after four seasons.

Hurley first came into the spotlight though when she wore “that “ black Versace dress as she accompanied her then-boyfriend Hugh Grant to the premiere of Four Weddings and a Funeral in 1994. She had already starred in movies including Passenger 57, but her big movie break came in Austin Powers: International Man of Mystery as Vanessa Kensington. Hurley reprised the role in sequel Austin Powers: The Spy Who Shagged Me and also had roles in EDtv (basically, The Truman Show-lite), My Favourite Martian and the remake of Bedazzled, where she played The Devil.

Arguably, that was Hurley’s last major role, although she d >Serving Sara in 2002.

She unwittingly broke a five-month strike by appearing in an Estée Lauder advert, stating that she was unaware of the action because she was based in the UK and hadn’t been informed. It led to protests at the US premiere of Bedazzled where there were banners calling her “Elizabeth Scably”.

Since her role in 2002’s Serving Sara, Hurley has appeared in a handful of direct-to-DVD movies, including 2010 mockumentary Made in Romania, where she played herself.

However, on the small screen, Hurley hosted the first series of Project Runway, before she landed a recurring role in Gossip Girl season five as cougar Diana Payne, who had an affair with Nate Archibald. This was followed up with a voice role as Alice in The Tomorrow People and then her lead role in The Royals.

Alongside her work with Estée Lauder, Hurley is also a patron of the Elton John AIDS Foundation, and the City Veterans Network, as well as the Hop Skip and Jump children’s charity alongside her former fiancé Shane Warne.

Hurley’s most recent movie role came in An Elephant’s Journey, a fictional offering aimed at raising awareness of elephant poaching. Barring an unlikely return for The Royals, the only other role currently upcoming for Hurley is in drama Then Came You which filmed earlier this summer in Scotland.